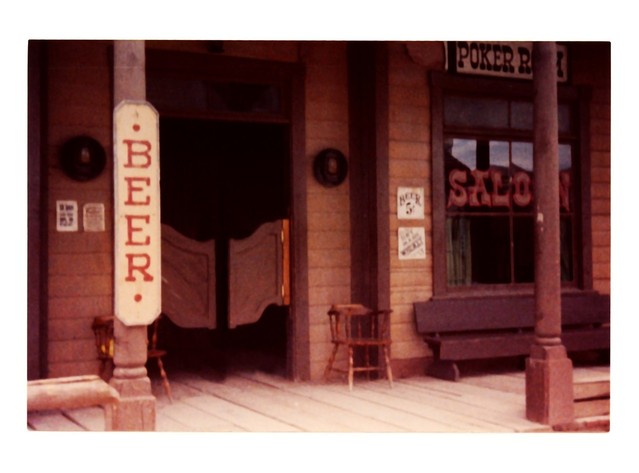 Old Tucson Studios is easily the most famous collection of Western-themed film sets in the United States. Originally constructed by Columbia Pictures in 1939 as a replica of 1860s era Tucson, Old Tucson is now a major tourist attraction and has continued to be a popular site for filming Western movies. In addition to filming, the owners and staff of Old Tucson have transformed it into a historical learning experience, complete with reenactors, tours, shops, dining, and activities for the children.

Unfortunately, in 1995, a major fire broke out and, despite the best efforts of Tucson Estates and Tucson Metro firefighters, claimed 25 buildings (including the soundstage) and caused roughly $15 million in property damage. Thankfully, no lives were lost, but the decision to not rebuild the soundstage in the wake of the fire essentially sealed Old Tucson’s fate as a movie production site. The owners chose instead to focus on tourism and education. From 2011-2013, Old Tucson Studios built a new series of movie-quality sets to replace those that had been burned and restore the feel of an Old West town as much as possible, while providing new venues for living history presentations.

In addition to the wide variety of period-accurate buildings and shops, Old Tucson Studios features a variety of film and general history exhibits. Everything from old costumes and pieces of memorabilia to a full-sized, functional locomotive with more than 100 film and TV appearances, Old Tucson Studios is the best repository of Old West film history in the Tucson area.

A variety of attractions at Old Tucson are geared toward children: from the scaled down train set you can take on a brief tour around the environs, to the carousel and gold panning experience, there are plenty of events and attractions to entertain the little ones. In addition, Old Tucson features a very good Southwestern BBQ restaurant, a more upscale dining experience at the Grand Palace Hotel, and a variety of snack vendors and a wide assortment of unique southwestern-themed foods at its assorted shops.

Of course, one of the largest attractions at Old Tucson Studios is the slate of reenactments and shows put on by the talented performers. Ranging from dance numbers to snake oil salesman to full-fledged stage shows on a set complete with gunfights and acrobatics, there’s something on the reenactment schedule to please everyone. And, of course, there are some educational presentations and guided tours available.

Overall, Old Tucson is an attraction in the Tucson area well worth visiting. It’s the easiest way to get a taste of the Old West without driving for hours, and is a popular destination for adults and children alike.