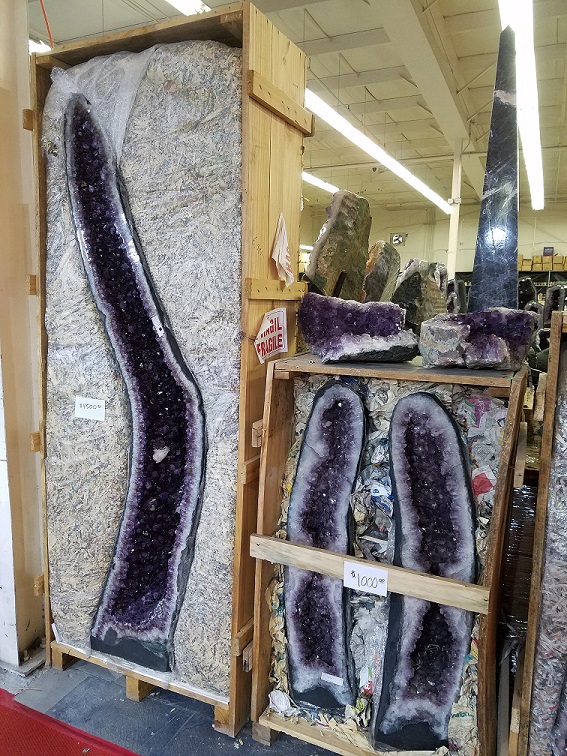 From late January through the end of February, Tucson, AZ plays host to the world’s largest assembly of gem shows and mineral expos for businesses and consumers alike. This set of shows, expos, and other events is provided by a variety of prestigious organizations. In addition, the various shows serve as excellent venues for Tucson’s wide assortment of food trucks and varied restaurants to provide their very best unique and flavorful dishes. Here are four of the largest and most well-attended events in Tucson Arizona. We have also provided driving directions from our computer repair shop to all these gem shows.

A relatively new, but already fast-growing, venue based in Tucson, this show takes place from January 31st to February 12th at the Grand Luxe Hotel on Grant Road, and is notable for its assortment of 40 varied exhibitors and the prestigious Ethnographic Group, with their expertise in the fine art, jewelry and assorted collectibles of ancient and exotic cultures.

The organizers of this venue originally started it because they and their customers felt overwhelmed by the bewildering mass of choices at the larger venues in Tucson. Thus, they take care to have exhibitors who offer the most unique assortments of merchandise possible without overlap, ensuring that attendees have a wide variety of different items and services to choose from.

This large show has been in Tucson for nine years now, and continues to provide some of the best experiences for its attendees. With over 250 exhibitors, an assortment of 15 food vendors, and an estimated attendance of 50,000 people each year, the 22nd Street Show is a force to be reckoned with.

As per its name, the Tucson 22nd Street Mineral & Fossil Show is held on west 22nd Street and runs from January 31st to February 17th. It’s also conveniently within walking distance of three major hotel-based shows, if for some reason you should grow bored of the massive amount of merchandise on offer.

Easily the largest gem show in Tucson, the JOGS Show is held twice a year – once from January 31st to February 11th, and once in the Fall – at the Tucson Expo Center. This show features over 250 exhibitors, 8 food vendors on-site (with plenty of others in the surrounding area, due to the density of concurrent exhibitions), and is likely the most well-attended Tucson show.

This is the original Gem Show in Tucson. Hosted by the Tucson Gem & Mineral Society, this show is held at the Tucson Convention Center. It features over 200 vendors, a wide variety of educational exhibits, and offers free admission for children 14 and under. This show runs from February 14-17th, and also features a series of educational workshops, lectures, and a buffet dinner event.

Although these shows are spread all over Tucson Arizona, there is a complimentary shuttle between them all from February 1-17th, supplied by Citizen Tours. This shuttle makes it easy to park in one location and spend your day in comfort transiting between 36 stops around Tucson to tour the different individual shows.