Geeks 2 You Spotlight on Security Cameras

Security Cameras Throughout the Years

Security cameras have been around since before man first walked on the moon… Well, ok, only by four or so years. 1965 is the first recorded year of security cameras being put to use. Back then, all cameras, especially ones for video, were big and bulky, and not easily concealable, and by today’s standards, were rather primitive. But, throughout the years, security cameras became smaller, lighter, and more high-tech. Now you can conceal cameras in a pair of glasses, or a hat. They even make security cameras now that have night vision. They are used everywhere, from military and government installations, to businesses, and even at home. 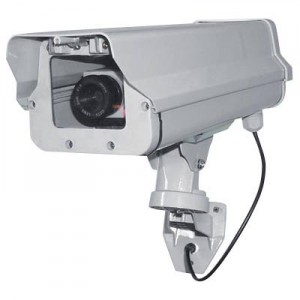 What Styles of Security Cameras are there?

These days, security cameras come in all shapes and sizes, from the large and obvious surveillance cameras we see posted up at traffic lights and on buildings around town, to the small and easily concealable cameras law enforcement agencies use for stings. There are even security cameras that don’t even work, but effectively deter would-be criminals. When you walk in to a large store, like a grocery store, or a super store where they sell everything, most times you will notice these odd looking dark colored globes hanging from the ceiling. Those are security cameras, and can see 360 degrees around themselves. Not all of them have working cameras, but a lot of would-be criminals aren’t up to taking the chance at being caught.

With today’s technology, video cameras in general get better each year. Doctors have cameras that you can now swallow, and they will take pictures of your digestive track from beginning to end. Some security cameras can film in HD (High Definition), giving you an image as clear as a DVD. In fact, most now record on to DVD’s. So now, instead of seeing a blurry, distorted image, you can see a criminal’s features clearly, so that there’s no mistaking it was them.

What Kind of Security Camera Should I Have?

Of course, this choice is a personal preference. There is no set standard on what kind of security camera a person should own. Really, the decision comes down to what you will be using it for. Are you running a business? Or perhaps you own livestock and wish to keep them safe? Or maybe you just want to feel more secure at home. Different models serve different purposes.

If you own a business, you want to make it obvious to people that they are being watched. The more obvious the cameras are, the less likely somebody is going to steal from you, or worse. Dome style security cameras are great for businesses because they offer 360 degree viewing. No need for climbing up on something to adjust them. They can change positions as easily as pushing a button on a computer, or console.

If you own a home, obvious is good, but maybe you don’t want a giant eyesore of a camera sticking out from your house. There is a wide variety of home use security cameras. Some are wireless, and run on a WiFi network, allowing video to be brought up on your computer or even TV. Some are small enough to not be immediately noticeable, but they have certain limitations, such as nighttime viewing/recording, or they are stationary and only point in one direction. Others are larger, but come with more perks, such as infra-red lights for nighttime viewing and recording, and are able to be adjusted automatically.
So really, when it comes down to it, it’s your choice in what you get. Do some homework, know what you will be using it for, and keep in mind what functions you want your security camera to have. Once you do get one, test it out before going through the trouble of installing it. That way you can verify that the camera suits your needs, and keep yourself from making an extra trip to the store.