Home Networking For The Future

Connect your Computer to the TV

Since most people aren’t going to go out and spend money on a computer just to use to watch TV on, they instead use their own, whether it be a desktop or laptop. The most widely used method of connecting a computer to the television is through the use of Audio Video (AV) cables, since most television brands do not yet come with Ethernet connections.

When you transfer a digital signal to your television, you cannot use conventional AV cables, such as RCA cables, like what you would normally use to hook up a DVD player to the television. What you will need is either VGA, S-Video, DVI, or HDMI. Not all computers come with HDMI or S-Video. In some instances, you may need to get a DVI to HDMI, or other such adapters. But, of course, with technology always getting better, some computer and television companies are making it easier on the consumers, and are equipping their models with the mentioned connections.

With the progress technology is making, just about any electronic device we use (i.e. Tablets, computers, phones) is now being made to run on a wireless network. This has saved people a lot of time, money, and frustration. Instead of running hundreds of feet of wires and cables, all a person has to do is connect their device to the router. Well, the same can start being sad about televisions. If you are the kind of person that connects their computer to the television to watch your favorite shows unhindered, but hate running all the necessary cables, then there is a solution for you. 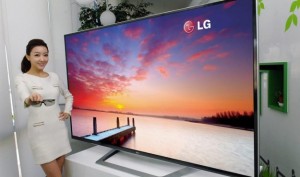 That’s right. You can now connect your computer to your television wirelessly. No more fiddling with cables and knocking stuff over, and no more introducing your niece and nephew to words they shouldn’t be hearing. And connecting this way is easier than people may give it credit for. It’s actually no more difficult than setting up a router, or a cable box. You use a device called a Digital Media Receiver. This is mostly used to watch TV on your computer. However, there is technology that allows you to view what is on your computer, or even your tablet, on your television screen. For this, wireless technology may not be readily available, but you can use AV cables to get the job done.

So when it comes to watching TV on your computer, or playing your favorite computer game on your television screen, remember, there are devices that make this possible. Whether you connect with cables, or via wirelessly solely depends on your preference, and your budget. It’s a great way to tune in to your favorite shows, or watch movies, and even play games. There are even televisions being built where you can watch TV as well as surf the web without having to get up from your favorite chair or couch.