Owning a computer is great. They can solve complicated equations, and can be used to design anything from logos to skyscrapers, as well as an escape from reality. Of course, we think they’re the greatest thing around until they decide to break down. With most computers, the first thing to go on them is the hard drive. In most instances, you can tell your hard drive is going bad by the way it sounds and performs. There is even software you can buy or download that runs diagnostics on your hard drive. But what causes a hard drive to fail? It can be a number of things, really. Listed below are the top five causes of hard drive failures. 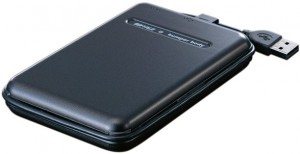 • Heat- This is the number one contributor to hard drive failure, and is usually due from poor ventilation. It’s important to free the vents of your computer of anything that may be blocking air flow, especially dust. Dust will kill a computer’s fan quite quickly if it isn’t cleaned out regularly. Or maybe you have items stacked up next to your computer which hinder the air flow. Your fan could be working fine, but if the vents are obstructed, heat will still build up and can cause damage not only to hard drives, but motherboards as well.

• Physical Damage- Computers are delicate instruments, and should be handled with tender loving care. But mistakes and accidents happen, which is part of life. Exerting any force to your computer, whether accidental or not, can cause significant, and often irreparable damage to your hard drive. It can cause the disks, to come loose, often causing them to be scratched or gouged. This time of hard drive failure is known as a “Head Crash”, and can even be caused when your computer is powered down.

• Power Surges- Aside from heat, a power surge can be the deadliest factor for a hard drive, or any electronic device. However, it is easy to prevent this from happening. The solution? Go out and buy the best surge protector you can afford. It isn’t just your hard drive at stake. Your entire computer is at risk if left unprotected. Of course, if you’re familiar with lightning and electricity, then you know that a surge protector won’t always stop a direct hit. That is why it is important to power down your computer and unplug it from the wall when you hear a thunderstorm approaching.

• Corrupted Files- This issue is encountered more often that those above, but can still be just as aggravating. Most often, a hard drive becomes corrupted due to improperly closing programs and powering down, or some settings getting changed. Corrupted files can also be caused from power outages and accidental shut downs. This problem can usually be fixed easily. It’s just a matter of tracking the file down, or remembering what settings you changed.

• Human Error- To err is human, as the saying goes. Human interaction is the number one cause of something going wrong with a computer. Similar to corrupted files, hard drive issues can be caused from tinkering around with the BIOS and other internal settings. But everybody makes mistakes, so it’s nothing to be ashamed of. As long as you can remember what you did that caused the hiccup, then you’ll be fine. Otherwise, it’s not-so-happy-hunting.

There are other factors not mentioned that can cause hard drive failure. If you are unsure about something, your best bet is to take your computer to a professional for a diagnostic. And since hard drives are usually the first things to go, it would be wise for you to seek backup solutions, whether it be through an online company, or doing it yourself with an external hard drive.